We’re all huge fans of RJ Palacio’s Wonder and the 2017 Wonder movie that the book inspired. Fans as in, we all sobbed into our popcorn bowls and loved every minute.  So I was psyched to discover these free printable Wonder-themed activity sheets (PDF) that bring the themes of the book to life, helping kids cultivate kindness and self-confidence through fun exercises.

The free printables include a wordsearch, drawing exercises, and writing prompts, including a letter that kids can write to invite Auggie himself to join them in an after-school activity.

What would they like to do with him? And would it require an astronaut helmet or no?

I think these printable Wonder activity sheets are perfect to share with your family, a classroom, or even your girl scout or boy scout troop — who have hopefully all read the book and seen the movie. Because if they loved the story as much as I did, they’ll definitely want to spend more time with Auggie.

Download the free printable Wonder activity sheets (PDF) and if you’re super fans, you can rent or purchase the Wonder Movie digitally through our affiliate Amazon, or own the DVD that was released just this week.

Caroline Siegrist is a brand new mom, a proud aunt of 5, and a writer and hospital chaplain based in Nashville. She has a fondness for children's literature, female-led indie rock bands, cooking international cuisine, and encouraging her nieces' and son's growing obsession with Star Wars.
Bio
Twitter
Instagram

In Wonder, Auggie refers to his condition as Mandibulofacial Dysostosis, which is also known as Treacher Collins syndrome (TCS). This is an inherited developmental disorder with a prevalence estimated to range between 1 in 40,000 to 1 in 70,000 of live births. TCS is a condition in which the cheek-bones and jawbones are underdeveloped. Children with this condition have very small or partially absent cheek bones and notches in or stretching of the lower eyelids. The ears are frequently abnormal and part of the outer ear is usually absent. Hearing loss is also associated with this syndrome. In Wonder, Auggie's condition is further complicated by another unnamed syndrome that makes his particular set of craniofacial differences unique.

There are many children born every year with different types of craniofacial differences. There are also other things that happen that can cause facial differences in people as they get older, including accidents, fires, or diseases. There are various WONDERful organizations that have been created that provide support to these children and their families. Below is a listing of just a few, and a description of the valuable, valiant and wondrous work that they do.

myFace, formerly the National Foundation for Facial Reconstruction, was founded to address the all-too-visible plight of those with facial deformity by assuring them access to the comprehensive and highly personalized team care at the Institute of Reconstructive Plastic Surgery (IRPS) at NYU Langone Medical Center. The IRPS provides integrative, highly specialized and personalized team care to all those who request treatment, regardless of the type or severity of the anomaly, the length of treatment, or the family’s ability to afford care. A national, 501(c)3 nonprofit organization, headquartered in Dallas, Texas, the CCA's mission is to empower and give hope to individuals and families affected by facial differences. Nationally and internationally, CCA addresses the medical, financial, psychosocial, emotional, and educational concerns relating to craniofacial conditions. CCA was founded in 1989 to address unmet needs of families across the United States who were affected by craniofacial differences. Children's Craniofacial Association's National Spokesperson, entertainer Cher, became involved with the organization after having starred in the Movie Mask in which she played the mother of a child with a craniofacial condition. Since that time, Cher has supported the organization with her time and talent and has been CCA's most generous contributor. Changing Faces supports and represents people who have conditions or injuries which affect their appearance. They're a charity based in the UK for people and families who are living with conditions, marks or scars that affect their appearance. Their work is divided into two areas: to help  individuals lead full, confident and satisfying lives by giving practical and emotional support to adults, children and their families. They also provide training, support and advice to professionals in health and education.

Their second goal is to transform public attitudes towards people with an unusual appearance, to 'face equality' and  promote  fair treatment and equal opportunities for all, irrespective of how they look. They campaign for social change: lobbying for integrated health services; influencing schools and workplaces to create more inclusive environments; and pushing for anti-discrimination protection and enforcement.

Beyond Differences is dedicated to ending social isolation among students in middle school. They believe that all teens should feel included, valued and accepted by their peers. Beyond Differences was founded in memory of Lili Rachel Smith, a high school freshman who passed away in her sleep from medical complications in 2009. During the last few years of Lili’s life, particularly in middle school, she experienced the insidious effects of social isolation: lack of self esteem, loss of social skills needed to keep up with her peers, even academic decline and mounting frustration by her teachers and counselors. Beyond Differences believes that middle school and high school students can and will find ways to connect with one another in a deeper, more meaningful way. Filmmaker Jaz Gray speaks at Rhodes College in Memphis, TN about the comparisons between her life as a rare birth defect survivor and life of fictional character August Pullman in the book Wonder by R.J. Palacio. 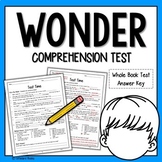 Looking for a quick and easy way to check student's comprehension? This 1 page test on the book Wonder, by R.J. Palacio, covers the important parts of the story while being short and easy to grade! Looking for Comprehension Quizzes? Click Here!What's included:• End of book test (1 page)• Answer keyT 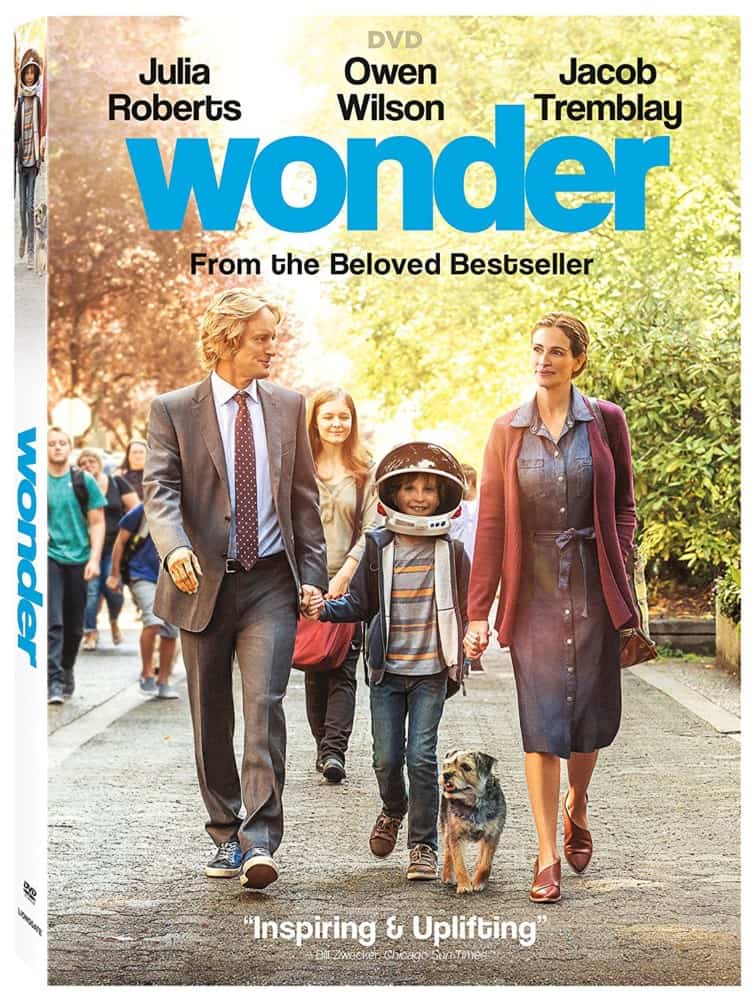 This post was brought to you by Lionsgate Home Entertainment. All opinions are mine.

Have you seen the movie “Wonder” yet?  It is based on the book of the same name, written by R. J. Palacio, about a little boy who has never attended public school because of facial differences.  This book was a New York Times bestseller, and has won the hearts of millions!  The movie has touched more hearts, as well, because Auggie Pullman comes to life and you can visualize what it is like for this lovable character and his family.

“Wonder” the movie stars Julia Roberts, Owen Wilson, and Jacob Tremblay.  They lead this amazing, inspiring story of a loving family whose son, born with facial differences, enters a mainstream school for the first time. Auggie’s journey is extraordinary and unites his family, his school, and his community, and proves that you can’t blend in when you were born to stand out.

>Scroll down for free Wonder printables<

What grade level book is Wonder?

Accelerated Reader Bookfinder US says Wonder is for Middle Grades (4-8). I know my oldest was in third grade when his teacher read it to the class, but this book can be read to any age and it is a fairly easy, but longer read, at 320 pages. Amazon says that it is for grades 3-7 and for ages 8-12. I know many adults who have enjoyed the book, however! It’s a great read.

What is a precept?

In the book, Auggie’s teacher, Mr. Browne, talks about a monthly precept. This is “anything that helps guide us when making decisions about really important things.” This is a great thing to start in your home or classroom!

Make sure to grab “Wonder” on DVD! It’s a classic!

Below, download the PDF versions of 6 different activity sheets.  These would be great for a classroom or working at home with your kids after reading the book and seeing the movie.  Just download and print! 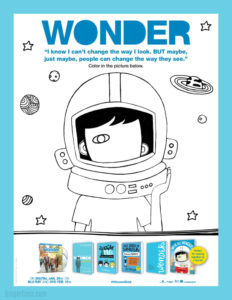 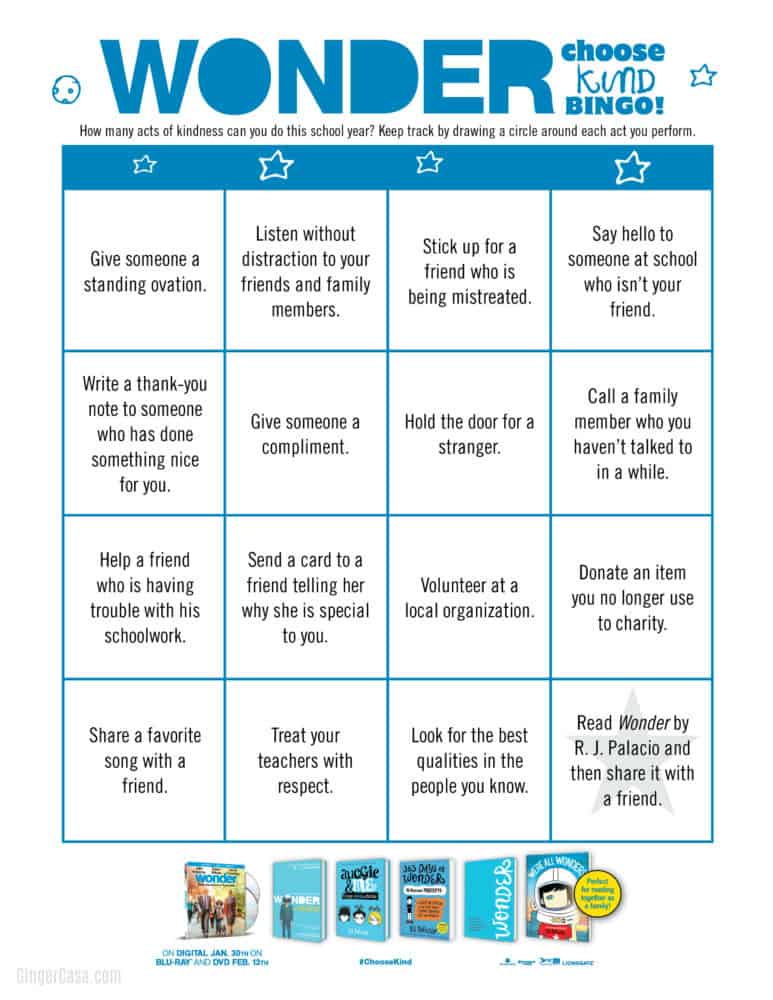 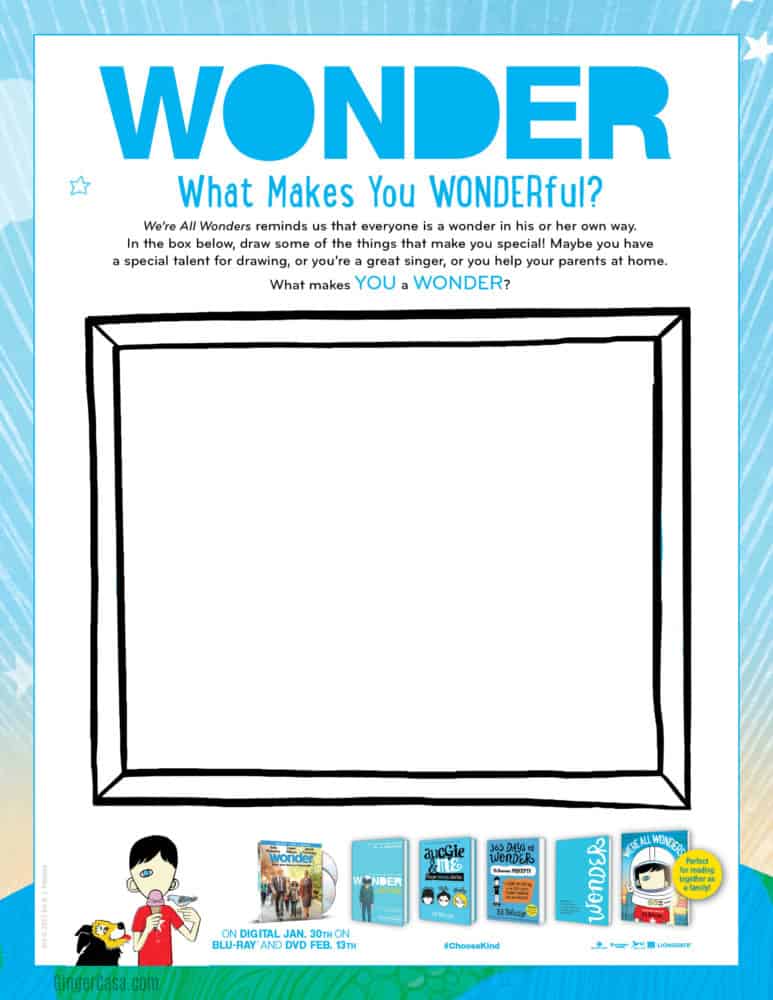 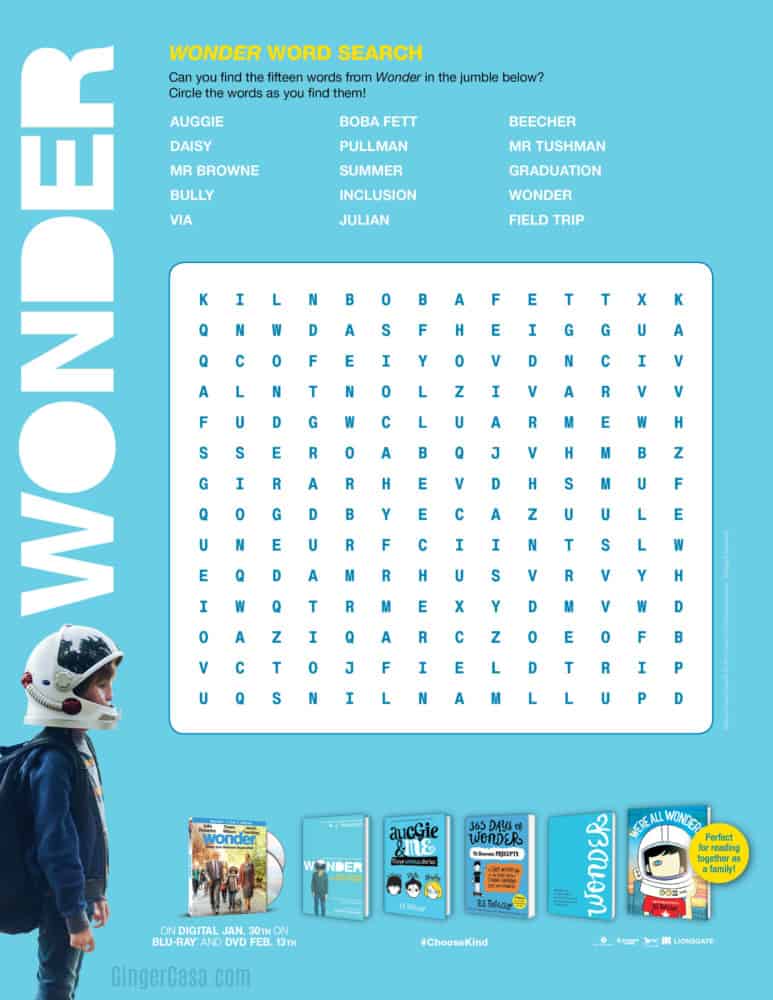 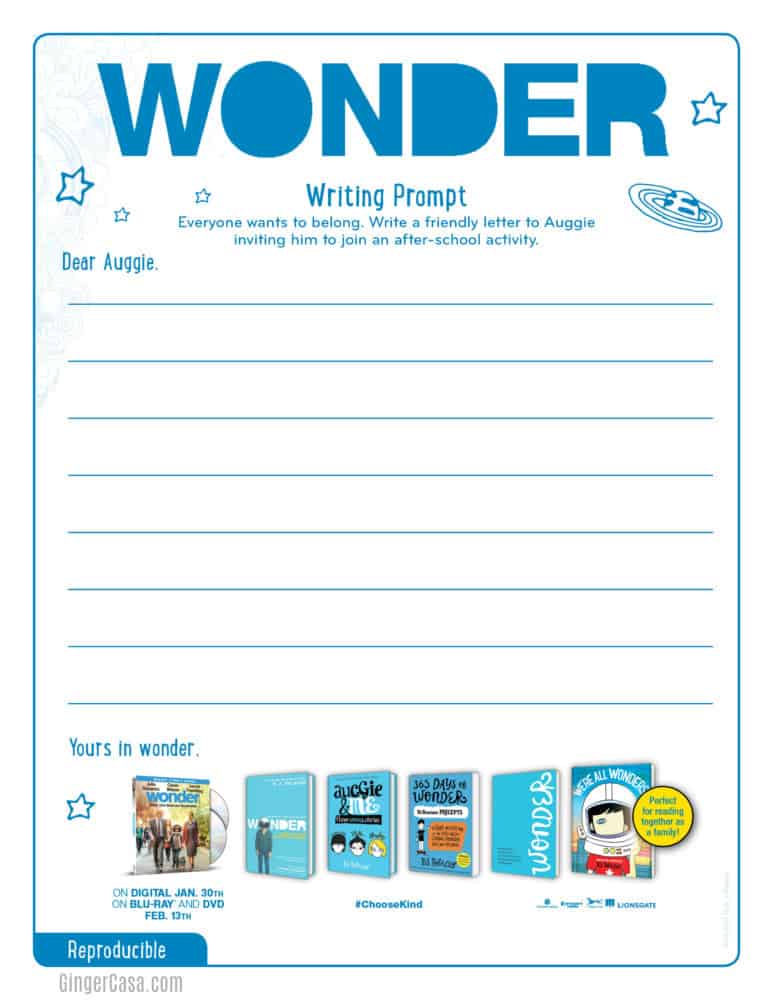 Moved to the other breast. The fat and thin looked only at the chest of my wife. She, in turn, quickly completed the massage, causing bewilderment and some disappointment on everyone's faces. It was the fat man's turn. When my wife massaged the back, three of my interlocutors began to reproach me with one voice for being dressed.

And I will never tell her that I love her, because I'm afraid to lose. the friend was the well-mannered and humble Todd. They said about Samson that he was a real bandit. However, Kitty assured her mother that he loved her and would not do any harm. Todd, fortunately, no longer pestered her after the breakup, and since then Kitty happily fucked Samson at every opportunity.

Having run up, the baron examined the bodies of the fallen. Sanka with a broken head lay without breathing, and his eyes opened to the sky convincingly showed that the groom was dead. Nastenka lay next to her, never letting go of her beloved's hand. The Baron leaned over to the girl, and it seemed to him that a barely perceptible breath came from her open lips.