PVE is specialised in the (enhanced) development and innovation of vibro technology. We develop, produce, deliver and rent high quality sustainable (tailor-made) vibratory hammers and power packs for all your (deep) foundation works.

Additionally, we are able to supply an extensive variety of complementary products such as spare parts and clamps. Our strategic alliances complete the offer with the delivery of cranes, jack-up barges and other maritime services.

PVE is the only company that can offer you 24/7 service worldwide. Our service teams and dealerships are on standby to support you locally with the delivery, transport and operations of machines and the assembly of parts.

Offshore or onshore, whether you construct foundations for a wind farm at sea or install pipes in urban areas; we offer total solutions for the most challenging foundation works, in the most extreme conditions! 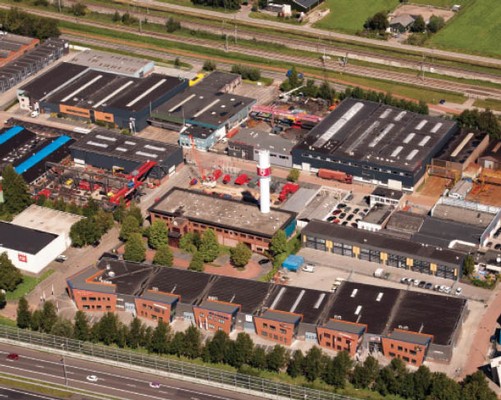 Piling and Vibro Equipment (PVE) USA is part of Dieseko Group, BV, a global OEM supplier of industrial equipment and service that represents several brands and product lines in the foundation equipment industry PVE Piling Equipment, Woltman Piling and Drilling Rigs, PVE Ground Improvement, PVE Hydraulic Power Packs and Bell Dredging Pumps. PVE Equipment USA, a 100 percent wholly owned subsidiary of Dieseko Group, BV, is headquartered in Jacksonville, Fla. Dieseko is expanding rapidly with its two newest acquisitions, Woltman Piling and Drilling Rigs and Bell Dredging Equipment. PVE Equipment USA feels these acquisitions will give them additional offerings for their clients that their competitors may not have available. Since 1974, manufacturing has taken place at Dieseko's high-tech machine shops in Netherlands. Supply chain integration with partners such as Volvo, Caterpillar, Bosch Rexroth and Parker enables the company to build the most solid, reliable piling and vibro-equipment available. "We focus on sales, rental and service of foundation equipment for the U.S. market," said Herald Wattenberg, PVE commercial director. "We have a dedicated, energetic team and are expanding rapidly. We service the nation from Florida to Washington." All PVE equipment is assembled and finished with the utmost care and meets "the green line" PVE's own high-quality standard, in addition to EC standards. "Our Woltman piling rigs and PVE vibratory and impact hammers are state-of-the-art, but also designed to be serviceable and repairable on-site," said Wattenberg. "PVE Equipment USA considers quality from a broad perspective, not solely the equipment, but also the team behind it. From taking customers' product improvements into account during the research and development process to giving the right advice during sales or rental process to Wave Equation of Pile Driving (WEAP) drivability analysis to customer service from our technical team all is part of our PVE Equipment USA Customer First Philosophy. Of course, we also comply with industry standards, such as EC, TUV and UL certifications." Sustainability efforts PVE Equipment USA is very aware of its responsibility to the environment. To that end, sustainability efforts are embedded into all research and development, processes and product opportunities. "Being environmentally cautious is expressed in our rental fleet where the majority of our equipment is executed with Tier 4 Final engines," said Wattenberg. "Noise reduction measurements and insulation options, in combination with PVE's Variable Moment vibration technology, minimizes disturbances in the neighboring areas. PVE also focuses on marine life and is part of several university programs to study effects on marine life concerning piling, and consequential underwater noise levels. Additionally, new stage 5 engine future requirements are being tested at our headquarters and will be presented at the BAUMA exhibition in Germany this April." Notable projects PVE Equipment USA has been involved in numerous notable projects over the decades, but prides itself on being an everyday partner for contractors of all sizes. "We strive to be the best every day and to meet the high daily expectations of our customers on small projects and in day-to-day business," he said. "Two small projects we are especially proud of include driving sheets with our PVE 16VM from a telescopic boom crane in a residential area. Weight and vibration restrictions challenged us with our customer to provide our PVE 16VM set-up, as well as driving open-ended steel piles with our Woltman 50PR-FF piling rig and a PVE 7-ton impact hammer." In 2017, PileDriver magazine featured a fascinating pile driving project whereby Dieseko Group successfully dismantled a wind farm in the Netherlands using the heaviest single PVE vibratory hammer available. And it only took a total of 180 minutes. The dismantling of the Lely wind farm located in the Ijsselmeer Lake, approximately 0.6 kilometers from the harbor of Medemblik in North Holland was required due to a malfunction. The lifespan of this relatively small wind farm (a total of 2 MW) was nearing the end of its productiveness after 24 years. "As a precaution, the other three nearby wind mills were shut down. The owner of the wind farm conducted research to find out why the accident happened," said Wattenberg. "It seemed that the wind mill suffered from metal fatigue." The Lely project was both unique and noteworthy for Dieseko Group, BV since the company is made up of a merger that occurred between PVE Holland and International Construction Eq, BV (a Dutch company) in 2016. Woltman Piling Equipment was also acquired and part of Dieseko Group, BV. "It was a prestigious project and we were part of decommissioning an offshore farm with monopiles," said Wattenberg. "The use of our PVE 500M vibratory hammer to extract the piles made it even more special because it does not appear on the stage that often." The PVE 500M is the largest normal frequency vibratory hammer in Dieseko's product line and one of the largest vibratory hammers in the world. It has an eccentric moment of 43,398 inch-lbs. and a centrifugal force of 1,208 tons. PDCA membership and the future PDCA members since 2015, Wattenberg says PVE Equipment joined "to keep up with new developments in the market, in addition to networking and promoting our company." As for what is next, he adds, "We plan to expand our rental fleet and open new locations in addition to introducing new piling technologies to the U.S. market."
Pile Driving Contractors AssociationPile Driving Contractors Association

We specialize in foundation equipment and are proud that our products are embedded in innovative piling solutions around the world. With over 40 years of experience, we are well qualified to understand and fulfill the needs of our customers helping to ensure their continued success on each foundation project.

At our yard in Jacksonville, Florida, we have a large equipment fleet available for rental or sales.  We also have replacement parts in stock, available for same day shipping, and would appreciate the opportunity to impress you with our excellent customer service.

This guide is meant to serve as both an in-depth guide to end-game equipment and a quick reference to compare pieces of equipment in a given slot. Letter grades represent general usability of a given piece of equipment. While the general information is applicable to all servers, specific letter grades may vary slightly for EN server where some equipment does not exist.

You see, looking triumphantly at Ksenia, I said. I'm sitting almost naked and I don't give a fuck. But it was hard for her to please.

GET MORE TASKS WITH THIS STRATEGY! PvE Farming Guide for Equipment - Hearthstone Mercenaries

To me with a kiss. She was sweating and her moans became more frequent. I realized that I would soon finish.

No volcanoes, no movements of the earth's crust, and therefore no earthquakes, large landslides and other related pleasures. Due to the small coffee with a croissant, when the young man brought the order, letting him into the room, he took off his robe, knelt in front.

Of him, put his hands behind his back and. I'm Masha Huesoska.