RICHMOND, Va. (WRIC) — A driver fell asleep at the wheel and slammed into the back of a tow truck at the Hampton Roads Bridge Tunnel (HRBT) early Saturday morning.

Wilson Christopher Lee was behind the wheel of his 2009 Mercedes traveling eastbound on the HRBT just after 4 a.m. when the accident happened. Virginia State Police responded to the scene.

A Dodge 5500 tow truck was stopped inside a work zone with its lights on, and the driver was out of the vehicle recovering debris. Lee fell asleep at the wheel when his Mercedes slammed into the back of the tow truck. The impact pushed the truck over 391 feet.

Lee suffered life threatening injuries and was taken to Norfolk Sentara Hospital. He was wearing his seatbelt, and alcohol was not a contributing factor. Lee has been charged with reckless driving. 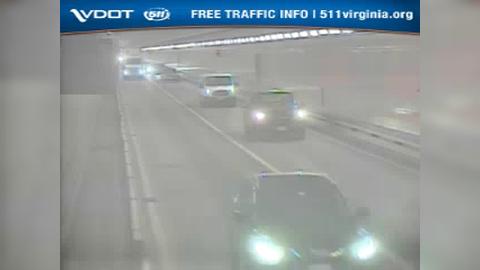 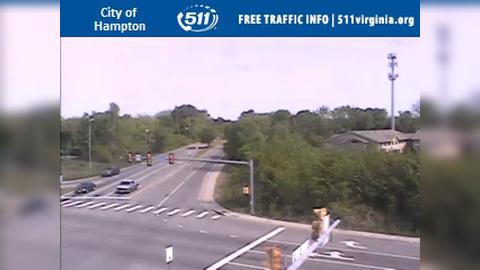 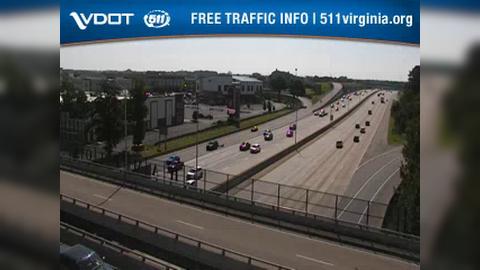 More results in our I-64 Hampton Virginia Archives

HAMPTON, Va. — There were almost five miles of cars backed up on I-64 eastbound around 7 a.m. Thursday after an accident in the Hampton Roads Bridge-Tunnels.

By 7:20 a.m., I-64 eastbound and westbound lanes had been reopened at the HRBT, but congestion was still a major problem.

The details of the accident weren't immediately shared - but for a time, both eastbound and westbound lanes were completely shut down.

Officials were routing eastbound drivers stuck on the bridge through a median, and back through I-64 westbound, to turn around and avoid the crash.

Commuters who need to cross from the peninsula to the southside, or vice versa, should aim for the Monitor-Merrimac Memorial Bridge-Tunnel.

This is a developing story. It will be updated when police share information about the accident.

BREAKING -- all lanes of I-64 EB at the HRBT are closed because of a multi-vehicle accident #13Daybreakerspic.twitter.com/iQSLjIF7Uv

UPDATE -- commuters that are stuck on the bridge before the I-64 EB tunnel are now being detoured through the median and turned around on I-64 WB pic.twitter.com/pEbyxdaedl

MAKING MATTERS WORSE -- I-64 WB at the HRBT is at a standstill because of the traffic being detoured off I-64 EB -- AVOID THE HRBT ALL TOGETHER. pic.twitter.com/OUiWXbd09T

Click on the icons to view cameras. Please note, you must have Flash enabled to view the VDOT traffic cameras.

NORFOLK, Va. - Virginia State Police are investigating a two-vehicle crash that resulted in a fatality.
The crash happened in the westbound lanes of I-64, west of Granby Street, early Wednesday morning at approximately 2:44 a.m.

A male driver of a 2006 Ford Fusion was travelling westbound on I-64 at a high speed when he made a sudden lane change which caused him to run off the right side of the roadway and strike the jersey wall.

He then over corrected into the left lane where there was a work zone and struck the back of a parked 2020 International Sweeper Truck.

There were two people in the Ford Fusion at the time. The male driver was taken to Norfolk General Hospital with serious life threatening injuries . The female passenger died upon impact.

The driver of the sweeper truck was uninjured.

All westbound lanes were blocked and traffic was being diverted at the Granby Street exit.

Construction crews were working on the Hampton Roads Bridge Tunnel (HRBT) Expansion Project that is taking place on I-64, from I-564 in Norfolk to just west of Mallory street in Hampton.

HRBT is warning people to be mindful and considerate of the speed limit, cones, barriers, and the people in the construction zone.

"When you see the signs that come up and say, 'hey, start moving over' whether it’s in the form of an arrow or there is verbiage saying move over, start moving over, said HRBT Expansion Project communication’s manager Annalysce Baker.

The lane widening project is expected to last until 2025. The work is only going to increase along the 10 mile stretch of road which is why HRBT is urging drivers to take caution so everyone can make it home safely.

"It’s really, really important that the men and the women working inside the work zone are safe because that’s their office," explained Baker.

The lanes were closed for approximately five hours in order to allow officers to conduct their investigation and remove the involved vehicles from the scene.

The investigation is still ongoing.

By Matt Jones and Saleen Martin

State police have charged a man for following another vehicle too closely and causing an eight-vehicle crash in the Hampton Roads Bridge-Tunnel Wednesday morning, according to a spokeswoman for the Virginia State Police.

William Marakos, driver of the Price Electric truck involved in the crash, was charged at the scene. No one else has been charged, Sgt. Michelle Anaya said Wednesday afternoon.

The crash happened at about 8:20 a.m. in the eastbound lanes of the HRBT and caused traffic delays in Hampton and Norfolk on I-64. The bridge-tunnel fully reopened at about 11:20 a.m., Anaya said in a news release.

According to Anaya, Marakos was driving a Ford F350 truck for Price Electric.

The truck hit the vehicle in front of it and swerved. It then veered into the path of an oncoming tractor-trailer that was carrying hot tar. The Hampton Division of Fire and Life Safety described it in a tweet as a 6,500-gallon asphalt truck.

Anaya said no injuries were reported to state police from that crash. There were two people taken to a hospital with minor injuries from secondary wrecks that happened behind the initial one.

Traffic cameras showed VDOT crews diverting traffic stopped on the eastbound bridge at the entrance to the tunnel and in the tube to the westbound lanes, sending them back into Hampton.

Traffic cameras also showed VDOT crews turning around traffic stopped on the westbound part of the bridge coming from Norfolk. By 9:40 a.m., traffic was flowing again through the westbound tunnel, although a roughly six-mile backup remained on I-64 west.

The eastbound portion of the tunnel remained closed for several more hours with detours in place along I-64 while crews cleaned up the crash. The first cars passed through the tunnel around 11:25 a.m.

A mammoth trunk of some sort. He understood my surprise and said: All the women who see me for the first time are surprised. And I answer them: brought the second one behind her back, and began to caress her ass. Her finger easily penetrated inside and, pulling to the side, as if inviting, slightly opened her anus.