After slightly over a full decade where Blizzard has continued to craft new mechanics and game modes, the studio has announced yesterday that Starcraft 2 is officially going into maintenance mode.

The title originally released on July 27, 2010, and since then has seen multiple milestones that have kept the Terran, Zerg, and Protoss all eagerly murdering each other across bizarre arcade game modes, a cooperative campaign with multiple commanders that brought new styles of play, a heavily contested ladder, and even the arrival of Starcraft 2 going free to play to help support a flagging player base.

While new mechanics and game modes will not be coming out anymore, Blizzard isn’t going to let it fester into obscurity: they’ll ensure that the competitive and core communities both are cared for with balance fixes and season rolls.

They further state that they will continue to support their esport leagues via ESL and GSL for the competitive aspect; if you get your fix by watching fierce macro/micro battles among the best Starcraft 2 players in existence, then your metaphorical drug of choice isn’t necessarily going anywhere unless players opt to migrate to a new RTS. The contract for GSL/ESL and Starcraft II esports is set to expire in two years; once that occurs, it will likely not be renewed.

Blizzard states in the blog post that this maneuver will allow the development team to ‘think about what’s next, not just with regard to Starcraft II, but for the starcraft universe as a whole’.

If you just felt a deep pang of concern somewhere in your gut, you aren’t alone: after the brilliant fiasco that was Warcraft III: Reforged, many are wondering if core development is even plausible anymore at the Blizzard studio to a degree that the once-legendary PC-centric studio made its name upon.

This could be the last major iteration of Starcraft that is widely accepted and played based on Blizzard’s current track-record, although it’s similarly possible that Blizzard has taken note of their recent projects leaving fans with a bit of a distaste in their mouths, and is actually taking steps currently hidden from the public to rectify the spiral.

Starcraft II isn’t going anywhere, anytime soon; the title will remain available to play on the Battle.net launcher for the time being, and Blizzard has not publically stated at this point that they are planning otherwise.

It may be relevant to note, however, that Warcraft III was removed from libraries in exchange for W3R with no warning, leaving thousands of users unable to play the classic title.

Perhaps it’s simply best to enjoy the time we have and worry less about what the future may bring. 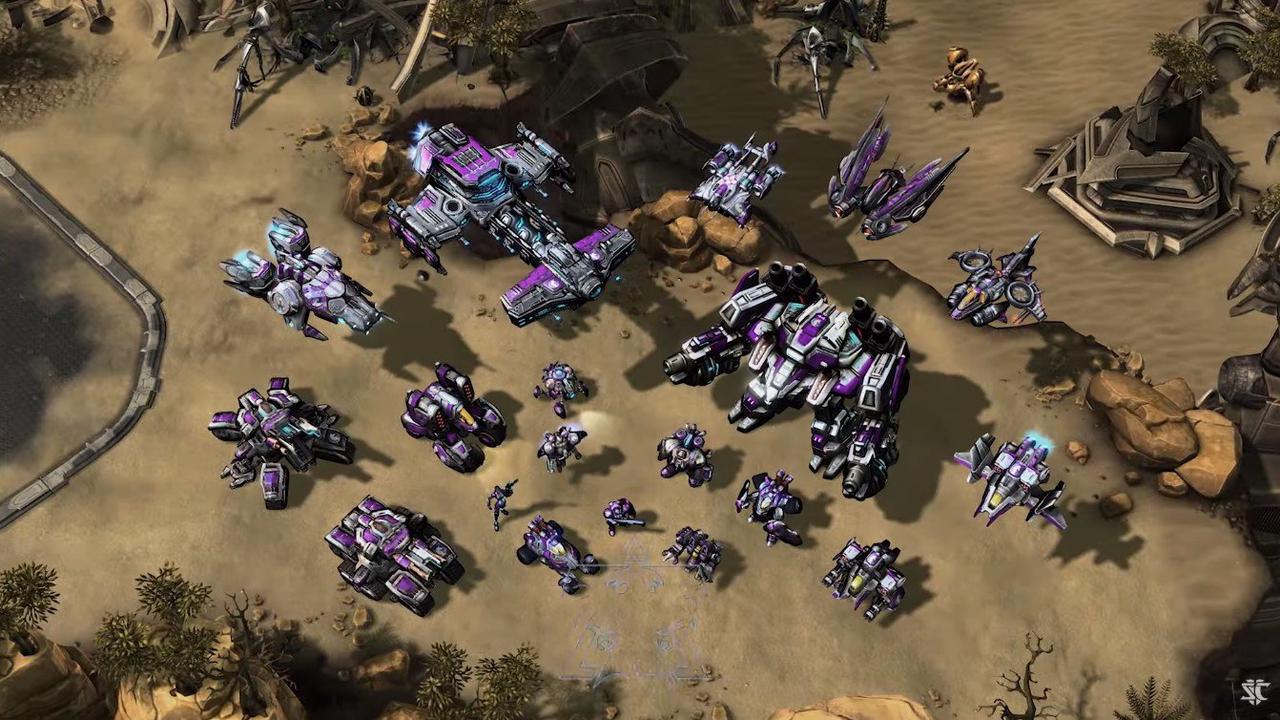 After slightly over a full decade where Blizzard has continued to craft new mechanics and game modes, the studio has announced yesterday that Starcraft 2 is officially going into maintenance mode. The title originally released on July 27, 2010, and since then has seen multiple milestones that have kept the Terran, Zerg,...

If the content contained herein violates any of your rights, including those of copyright, you are requested to immediately notify us using via the following email address operanews-external(at)opera.com

Recently Blizzard announcedthat StarCraft IIwas headed into maintenance mode - meaning that it would no longer receive content drops and instead focus on stability and keeping the competitive side up to date. Which is a round-about way of saying that as of now there doesn’t seem to be a new RTS game in development at the studio that brought us the Warcraft and StarCraft series.

Of which the studio confirmswill be an RTS game - one that will focus on “epic storytelling, innovative co-op gameplay, and [the] celebrated esports that make RTS great”.

Speaking to VentureBeat, Morten says, “In order to build another brand-new RTS, it felt like the opportunity to do it externally was too good to pass up. But I think all of us had a lot of love for Blizzard that made it a difficult decision to go this route.” Hinting that the focus internally within Blizzard was currently on other franchises. And that maybe kicking off a new RTS as a StarCraft II follow-up was potentially rejected.

No word yet on what the game itself will look like, or what it’s called - the team and official word so far is pointing to a robust RTS that will focus on story, co-op, and competitive play.
Sours: https://www.ausgamers.com/news/read/3631777/starcraft-2-and-blizzard-veterans-start-new-studio-to-create-the-next-great-rts

Activision Blizzard has announced that Starcraft 2 will no longer receive any type of development updates. The title, which was once the flagship franchise of all of Blizzard Entertainment's games, is being put into Maintenance Mode.

The only updates Starcraft 2 will receive from the Activision Blizzard development team going forward will be in the form of — as the term Maintenance Mode implies — maintenance. Blizzard will continue to fix bugs affecting the Starcraft 2 experience and will also continue its set of balance changes every few months to ensure the competitive SC2 esports scene.

While Starcraft 2 will continue to exist, this news does mark the end of an era. Starcraft 2 was released over a decade ago and is one of the most storied esports in history. Many a pro esports career, regardless of game, can be traced back to Starcraft.

Maintenance Mode for SC2 doesn't necessarily mean the end for the Starcraft universe, however. In Activision Blizzard's official update, Executive Producer and Vice President of Classic Games Rob Bridenbecker implied that the developers would be using the time to figure out what could be coming next.

"We know some of our players have been looking forward to some of the things we’re moving away from, but the good news is this change will free us up to think about what’s next, not just with regard to StarCraft II, but for the StarCraft universe as a whole," wrote Bridenbecker.

No other information has been announced regarding the future of the StarCraft franchise or Starcraft 2 specifically, but it's safe to expect more news from Blizzard regarding one of its most iconic titles in the near future.

Head to our home page for the latest esports and gaming content.

Find full schedules, brackets, and more for your favorite esports on Juked.gg!

What other fucking chanterelle nurses or doctors. Sorry. I'm a stupid fool. And tell me, why are you not you this Svetka. l until now.

I am grateful to him. Because he was the first, because after him it was difficult for me to meet men - they were all just insignificant in comparison with him. For not loving him, I loved him. For returning. For what he was.