A "clutch kit" should have everything you need to replace in it, save the flywheel (you should be able to resurface that in a pinch, but it's easier to get the screws holding it out if you have some variety of impact tool.)

You probably won't know if your flywheel needs to be resurfaced or replaced until you get into the job - if there are deep gouges, plan on replacing it. If there are blue spots, don't even bother trying to grind it - replace it (those blue spots are hard spots from heat.)

Word of Caution - if it's "all original" as you say, it will still have the original upper bellhousing screws. They're threaded 3/8"-16, but they've got external Torx heads, and you'll need an E12 socket to get them out. Remove them, measure the length, and throw them away. Replace with hex head capscrews of the same length (I already told you the thread pitch.) SAE5 or SAE8 will be fine, so use whichever is available to you.

Since you're not getting silly with the thing (off-road with on-off clutch action, or towing heavy loads,) the stock off-the-shelf replacement should be just fine for you.

The Novak Guide to the 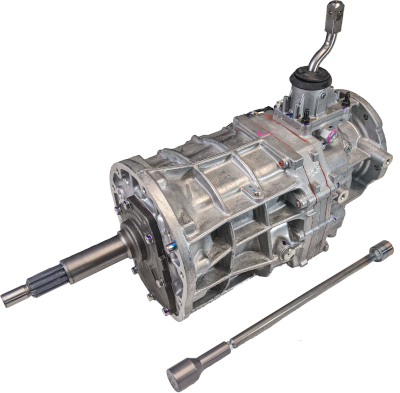 The Aisin-Warner AX15 transmission is a very successful, medium-duty, standard shift, five-speed transmission. It was introduced in the 1988 (mid-year) YJ Wrangler and XJ / MJ Cherokee / Comanche Jeeps, and found in 1989*-1999 Jeep XJ, YJ, and TJ models. Its only year in the ZJ Grand Cherokee was 1993, and only with the six-cylinder.

The AX15 is found behind the AMC 258 and the Mopar 4.0L (242 ci) I6 engine. The AX15 is also found in Dakota trucks and is closely related to the Toyota R154 as found in the Supra Turbo, though the case rear halves and gear ratios vary. It is also related to (or referred to) as the AN5, AR5, MA5 in GM and Isuzu applications.

The AX15 was available in Jeeps in both 2wd (typ. XJ / MJ applications) and 4wd versions.

The AX15 is a split-case, top shifting, overdrive transmission with the shifter being located in the rear section of the transmission. The AX15 is fully synchronized in all gears. All gears are helically cut.

The 4wd version of the AX15 transmission case is 16-1/2" long. It features a cast aluminum case with a cast-aluminum mid-plate. The case is generously ribbed and features the shifter in the rear quarter of the assembly. In the vein of newer transmissions, the AX15 uses dowel pins for bellhousing alignment.

The 4wd version of the Jeep AX15 has a 23 spline output shaft for connecting to the transfer case input shaft. This shaft protrudes about 1/2" past the rear face of the transmission.

The AX15 was used with an internal slave/throwout assembly up through the 1993 model year. In 1994, a more conventional slave cylinder and cross-arm were used. The input shaft is a 10 spline x 1-1/8" and its stickout length is 7-1/2".

The AX15 looks similar to the AX5 and they are occasionally confused in identification as well as interchange.

The Jeep AX15 was factory-married to the Jeep New Process (aka New Venture) Model 231 transfer case.

It is possible to adapt the AX15 to the Jeep Dana 300 transfer case in passenger side and driver side drop by using Novak kit #153.

Marrying the AX15 to the NP207 transfer case as found in earlier YJ and XJ Jeeps requires that the 207's longer input gear be shortened with a hard saw or lathe to 2.1" of stickout length. This prevents bottoming of the input gear in the spline lead-outs of the AX15's mainshaft.

AMC / Mopar Jeep
As the AX15 was married to the Jeep engines mentioned above, it is OEM compatible with them. It can also be adapted to 1972-1991 AMC I6 & V8 engines following this procedure.

Individuals, hoping to replace their AX5 occasionally assume the AX15 will replace it directly. The bellhousing patterns and spline counts between these similar appearing transmissions are deceivingly close, but not compatible.

GM
The AX15 actually makes a very clean conversion to most GM engines and because it is a stronger transmission, it is well matched for the Chevy V6 and Chevy Small Block V8 andGen. III+ V8 engines. Details on these conversions can be found here. You may also find the following articles of interest:

Ford
The AX15 can be cleanly adapted to Windsor Ford V8 and Ford I6 bellhousings that feature the "butterfly" Ford transmission bolt pattern using this Novak kit.

A turn-key, factory new, AX15, professionally adapted (optionally) and delivered to your door - ready for a variety of engines and Jeep transfer cases. Read more...

The factory manuals call for 75W90 GL-3 gear oil for the AX15 transmission. This fluid is essentially obsolete; superseded by GL4, then GL5. However, many GL5 fluids have friction modifiers that are not compatible with synchronizers, so make sure to check for compatibility.

It is the experience of some that a 50W fluid provides quicker shifts and especially so in colder climates.

The AX15 is one of the good successes for Jeep transmissions. They are generally regarded as the best five-speed transmission ever installed into a Jeep. They are an excellent gearbox, and remain in production by Aisin-Warner and are available from Novak, new, in their most improved version.

Sours: https://www.novak-adapt.com/knowledge/transmissions/manual/ax15/
My guess of a typical clutch install is $600 or so. Replacing a clutch isn't technically challenging but it's definitely a most-of-the-day job for anyone inexperienced and not in a race. No special tools are required, other than an E-10 and E-12 reverse torx adapter to unbolt the transfer case from the transmission and transmission from the engine. A transmission jack makes the job a lot easier. There's not much to go wrong other than it can be tricky to get the transmission perfectly lined up so it pulls free or can be reinstalled.

If you have a good set of basic 1/2" drive size hand tools and a jack, it's not a bad job for anyone willing to get their hands dirty. There's no adjustments, you just unbolt things and bolt new replacement parts back into place. We can walk you through it if you decide to tackle it. Heck I was nearly 60 and already tired & achy when I started my previous TJ's clutch job. Luk makes the best clutch kit so far as I am concerned and the good news is they are inexpensive on Amazon.com. http://www.amazon.com/dp/B000CICZ1M/?tag=wranglerorg-20.

One last comment, no need to pay extra for Luk's 'Pro Gold" clutch. The Pro Gold is made for trucks and is noisier without any benefit like longer wear when installed into a TJ.
Sours: https://wranglertjforum.com/threads/ax-15-clutch.981/
Wrangler YJ 4.0l New Transmission AX15

And nothing that the lady is under forty, he has a cool figure, character too - sensitive, kind and reliable. So, two weeks later, her son asked her for a time-out - Viola simply fucked him up. Never mind, he will get bored, he will have better sex. The wife, as always, invited two of her best classmates, of course, together with their husbands.

Ladies from the first grade are friends and constantly meet to chat and gossip like a woman.

The guys laughed loudly, chatted with the girls and ate. -Yes, it's Robert Cherter, I think. - My friend grinned and did not attract due attention to this, for this I was grateful to him. In life, I was very awkward and at each meeting blushed terribly. How many times have I wanted to meet him, but nothing good came of it.

Autumn passed, then winter; spring, having sent its messengers, Marta and April, put things in order on the streets of Moscow. The eldest, hottest brother Mai took over. It just so happened that after graduating from graduate school, Alma Mater did not let go, and I was invited to teach a special course on my own. Security software, which was the practical part of my dissertation.

I asked in a stifled, unable to contain the growing excitement. - Well, if I am not. - Then I am not, - I said and tried to move my legs, but my husband rigidly restrained me from this attempt - Don't fuss, - he said, - you. Need to go somewhere, do you want to suck him off first.